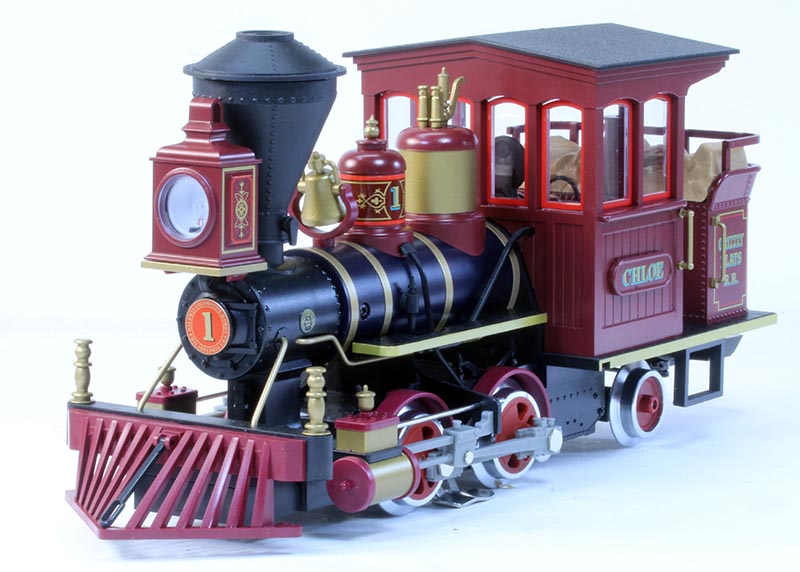 Famed Disney animator Ward Kimball’s Chloe began life in 1883 as Waimanolo Sugar no. 2 carrying the name of Pokaa. It along with its sister locomotive Olomana, Waianolo Sugar no. 3, was retired in the early 1940s from cane service. Both Baldwin built machines originally burned coal before conversion to oil. Bagasse (cane waste from the sugar processing procedure) was tried as a fuel without success in these engines since it left a hard to remove residue in the boilers. In 1948 both locomotives were repatriated to the mainland with Gerald M. Best, the railroad historian, acquiring the Olomana and the Pokaa going to Ward Kimball’s Grizzly Flats Railroad, which was built in the backyard of his residence.

After time stored on a Hollywood backlot, Olomana jointed Pokaa in San Gabriel on Ward’s line where both were restored in operating condition and converted to burn wood. To catch the potential wood sparks, Chloe also had a balloon stack fitted replacing the original straight one. During this refurbishment the Pokaa was rechristened Chloe after Ward’s younger daughter. Also, the saddle tank was removed, and a rear tank added for the onboard water supply. Both engines were decorated in a “Gay Nineties” Western motif which was a reoccurring popular nostalgic theme at mid-century. 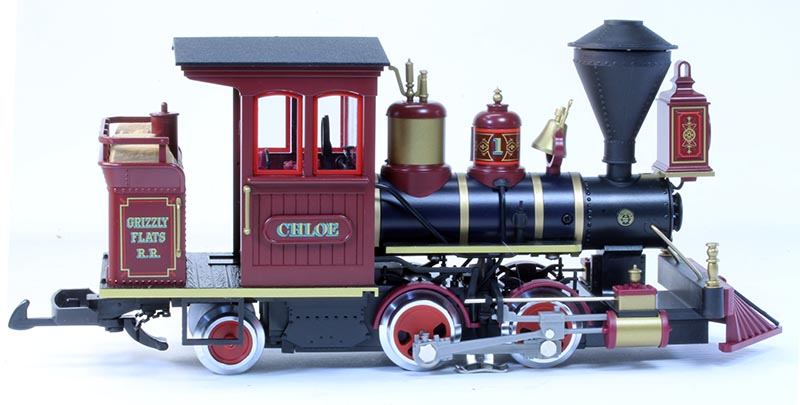 Chloe settled in on the Grizzly Flats line hauling its custom built train of three four-wheel passenger cars to the delight of neighborhood children and rail buffs alike. Despite the death of Ward Kimball in 2002 the family continued to operate the railroad until 2006. Most of the rolling stock from the line was then donated to the Southern California Railroad Museum in Perris, Calif., where it is currently on display. Märklin, the German Model Railroad Manufacturer offers both Chloe, Olomana, and passenger cars in large scale under the LGB brand. The firm is also the sponsor of the ongoing restoration of Chloe at the museum. 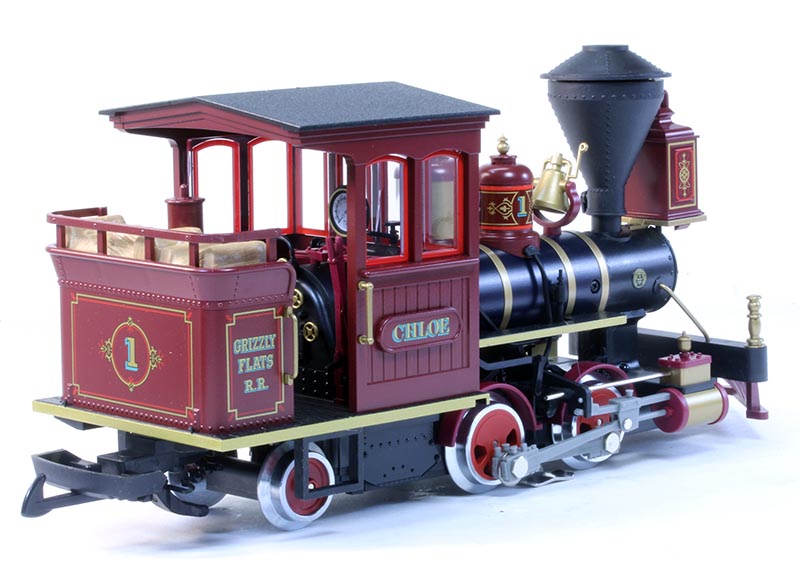 Just like the prototype Chloe, LGB’s model is diminutive, being out sized by nearly ever locomotive model in the company’s line. However, in this case size doesn’t matter. Ward Kimball’s resurrected 0-4-2T plantation locomotive is captured in all of its glory from its wood cowcatcher to its log load on the rear tank. The model even includes an engineer figure to round out the details. While the drivers are a bit small the overall measurements of this 10 inch long model closely match those of the prototype engine. As one would expect from LGB this dainty machine still is built to the rugged and robust requirements for durable outdoor operation.

The model has all wheel pickup with a set of track sliders between the drivers, however, due to its short wheelbase at slow speeds the locomotive will occaissionally stall on insulated frog turnouts, however, this is easily overcome by notching up the throttle on approach. The model will easily operate on R1 radius (26.5”) track with up to six small cars. Chloe is equipped with the standard underslung hook and loop coupler commonly used by European large scale manufacturers, however, a Kadee 831 knuckle coupler can be easily substituted. 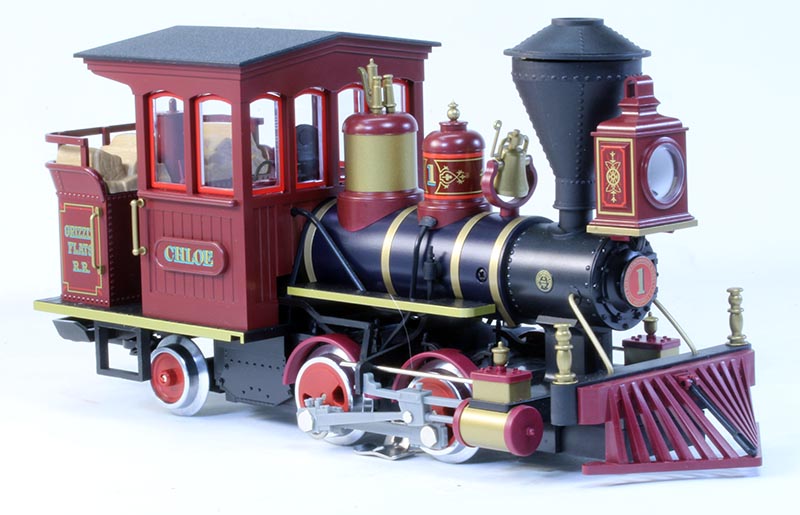 The allure of Chloe is inescapable. The locomotive, both real and model, represents a bygone era lost in nostalgia. Its home rails, the Grizzly Flats Railroad is literally a line that can be captured in miniature since nearly all of the rolling stock is available and many of the structures are as well. Not the least Chloe is just plain fun and can be a welcome addition to any large scale collection or railway. 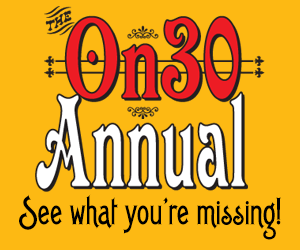